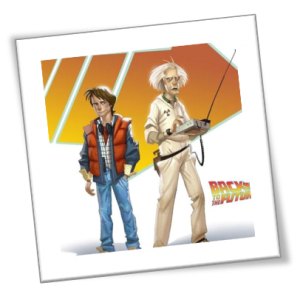 The thought of learning at a distance back in the early years had faced a lot of skepticism. Distance learning courses were once perceived as being diploma mills with no classrooms, untrained or nonexistent faculties and unqualified administrators with profit as their primary motivation (Simonson, 2004). As a college student back in the 1990s, I found comfort being in a classroom with students like me that I could collaborate with and having a professor that was accessible if there were questions. Also, it was extremely critical that the efforts I made to improve myself at an accredited institution paid off when I graduated. The thought of enrolling in an online course during that time seemed more like a waste of time and money as they did not leave the impression that they had my interest in mind and were more concerned with what was in my wallet. I believe that perception, shared by many, has greatly changed over the years due to transparency. The most important form of accreditation involves transparency of a school or college’s entire program by an outside evaluator at a regional accrediting agency (Simonson et al., 2015, p.18).

With the growing acceptance and accreditation of distance education, enrollment in online courses reach over 6.7 million students in 2013 (Simonson et al., 2015, p.4) Dr. Siemens, in the video The Future of Distance Learning, believes that this increase is fueled by online communication, practical experience with new tools that can be used for interaction, growing comfort with the online environment while realizing we don’t need to be in the same place in order to learn as well as a critical aspect in the ability to communicate with diverse and global groups that are not confined to a classroom (Laureate Education, n.d.).

As Dr. Siemen pointed out, there is a practical use for new tools that can be used for interaction. When I was in school, the technology I used to communicated with involved email or the telephone. Now a days, technology allows you to communicate in multiple ways that include Google Hangouts, social media, online whiteboard apps, texting as well as Face Time, just to name a few. Jim Finn (1964) and Richard Clark (1983) argued that technologies themselves do not cause change, but rather changes occur because of new ways of doing things that are enabled by technologies (Simonson,  Smaldino, & Zvacek, 2015, p.13). It is clear that the ability to interact and communicate with others online is critical toward building a learning community. With the growing acceptance of online learning, distance learning of the future could be rich with tools that allow for communication to occur as though everyone was in the same room together in a virtual environment. Perhaps, reinventing Google Glass for education where students are in a classroom together as avatars or a version of their true self and are able to work on a problem together, build an engine or operate on a patient. Despite the innovations brought forth by technology, there will still be some that have their reservations about the effectiveness of distance learning.

A point to consider regarding distance education today is that Dabbagh & Bannan-Ritland (2005) stated that it is more probable to find students from a variety of locations participating in an online class that will be mainly comprised of young learners (Simonson et al., 2015, p.191). In 2001, Marc Prensky used the term digital native to describe those born into the digital age that naturally use technology and described those that adopted technology later in life as a digital immigrant (Gundogan & Eby, 2012). The way we do things can be changed dramatically by the application of technology. In less than 10 years after I received my undergraduate degree and had the perception that online classes were a waste of time, over 6.7 million students found value in distance learning. Eventually, skeptics that adopted technology later in life will disappear and in the future the main audience for distance education will be digital natives that grew up with technology and are able to quickly embrace the next big thing online that will give them a competitive advantage in the job market. As an instructional designer, I have always considered myself to be a life-long learner in the technology field and after 20+ years, I am continuing to grow with the changing times. It is extremely exciting to think about the possibilities that lie ahead and having a passion for technology, I will continue to carry my soapbox, present at technology conferences, learn through online resources such as MOOCs and model the proper use of innovative technology for all that come into my digital world.